We open with Aria standing on Alison’s lawn holding a casserole, its funny and somehow Aria reminds me of Wednesday Adams in her dark outfit.  It is a surreal scene for certain.  Alison drives up with Mary Drake at the wheel she seems as surprised as Aria, whose mouth drops open. Mary insists that Alison needs her rest and cannot talk for like two minutes, but Alison is able to get away with a long good bye to Aria.  Alison insists to Aria that its okay she watching Mary like a hawk, basically. 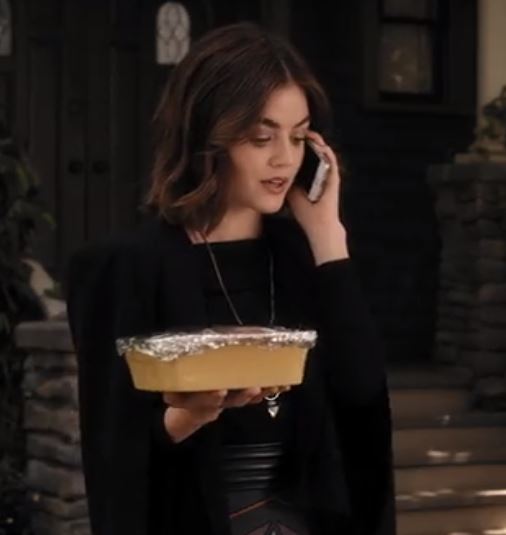 What I liked about this scene with Aria and Alison is they finally seemed to be on the same page against a common enemy.  Alison has caused so much drama its hard to see her as a victim sometimes.  My favorite line from her was “she is just going to keep acting like a demented den mother,” in her reference to Mary who is watching them as they speak.  That was kind slick from Alison.    Cue Creepy theme song.

Mary explains to Alison that she should have never been involved with Elliot even though he had convinced Mary, so she says not taking any of the blame, that Alison should suffer because Charlotte had died.  It seems Alison is falling for the confession, I imagine her being a twin of her mother has something to do with it. 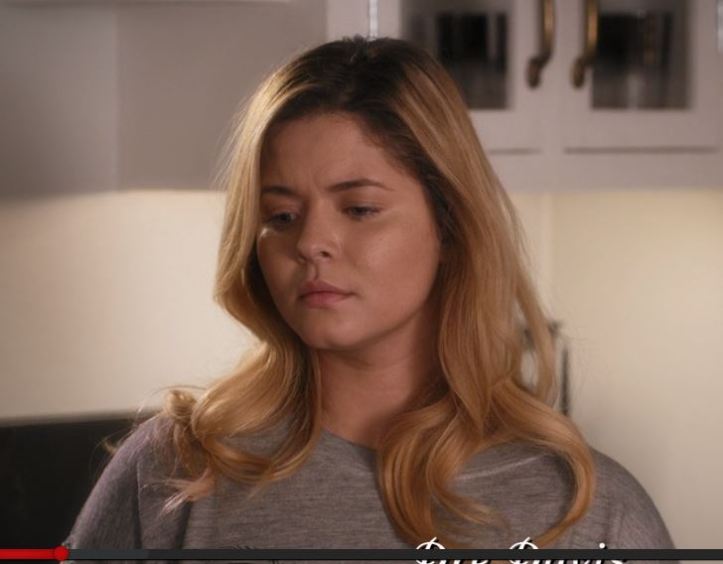 AT Lucas’ where Emily is crashing out, she is with Sparkle (? I can’t remember the blondes name so I will just use what comes to mind).  They are about to share a kiss when Em gets a text she then suddenly has to leave for a test.  Is Emily even in school, I thought she quit?  Hmmm I think its a lie we will see momentarily. 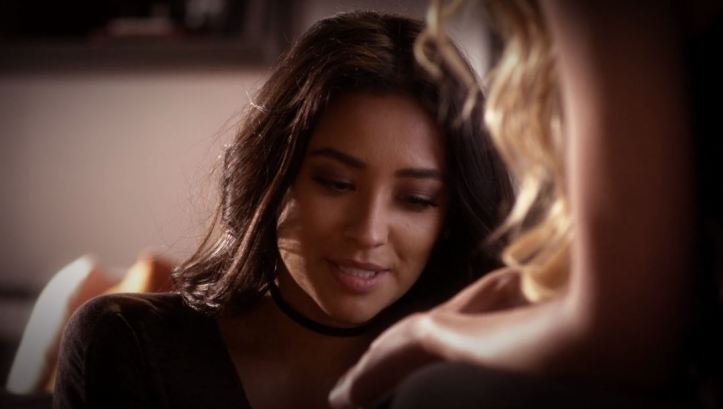 Ezra returns home to find Aria keeping secrets again, even though he immediately comes clean by telling her he ended up going to Nicole’s parents to tell them about Aria.  She takes this moment to lie about nothing having happened while he was away.  Now he is unaware there is a new threat in their lives, way to go Aria. 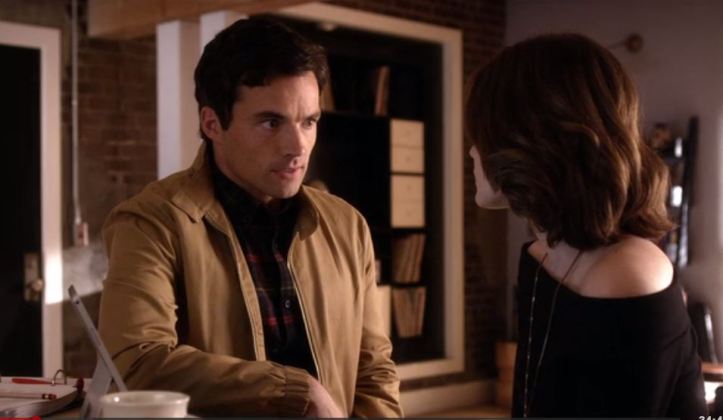 Lookee see Emily was late for a test, we watch as the teacher pulls the curtain down over the door effectively not letting her in the room.  I hope it wasn’t too important, since she stayed up all night chatting with Serena.  LOL 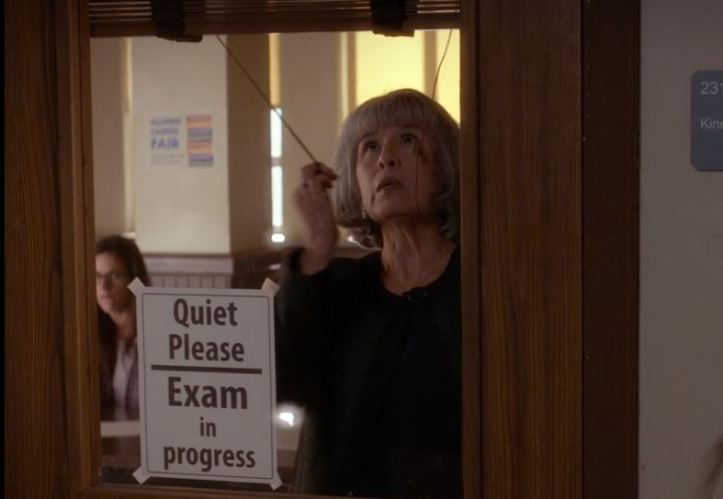 Filler scene warning: Spencer shows up to meet Hanna while all the cops are mulling around wondering why an abandoned car was found for the person they are seeking the fake Elliot Rollins aka Archer.   They get a text from Aria about some burner phone information.

We learn from the phone that Elliot/Archer knew that Alison didn’t kill Charlotte so they have no idea why he took her from the hospital in the middle of the night.  Alison shows up and all together they figure out that he also had a burner apartment and nothing he told her about himself was true.  Alison confesses, “With all the lies I told you think I would have seen him from a mile away.”  She seems sad. No one disagrees with her.

Alison is at the ATM to withdraw money only to find they are all FROZEN do to insufficient funds.  Hmmm looks like Lying Elliot had another scheme going on.  Seems like if you are from no where you can only go up! 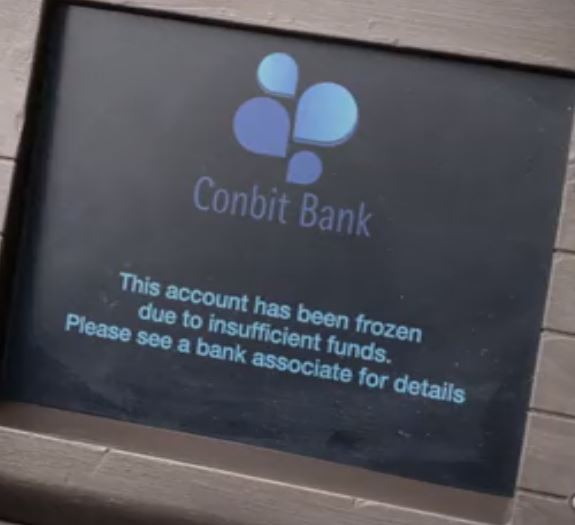 Aria calls Emily when she answers a call from Nicole that comes through on Ezra’s phone.  the idea is to keep him from being sadder but in reality it might not be so simple I imagine the picture of them looking happy on the screen when the phone rang didn’t help her feelings about it.

While Emily is day drinking, oh wait, she actually practicing a recipe for being a bartender,  hmm is that the class then?  She gets a text about her exam then another text from A. D. letting her know she is the reason she gets another shot at the test.  It says “Thank me later ungrateful B.” on it. Okay my guess is this is Sarah Harvey but I am not even sure why I think that all of a sudden.

Aria comes over to help Emily figure out her mystery then suggests day drinking, notice the theme of the episode emerges.   Lets get a glass ladies settle down to figure out this big ole riddle.  Ha ha  Emily decides to write back to see that she has to lay low.  Her return message is something about the usual spot, which confuses me Emily doesn’t know who it is, they are using Archer’s phone so they are pretending to be him, how is that related to the good deed of a test retake.  Maybe because they believe its the same person? 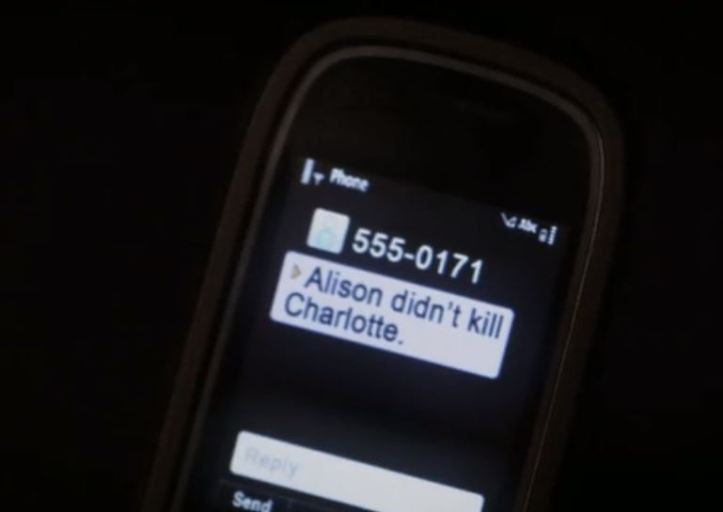 Em and Aria are racing off to the burner house, yes the random name that Emily gave it,  which they believe to be where the mystery person wants to meet Archer but on the way out the run into Sabrina, ahhh that is her name, got it, maybe. Sabrina simply wants to check on Em since she ran out earlier in the day and Em lies to her about the test. Sabrina looks confused of course as she sees Em get in the car with barely a word to her after their good night chatting together.  You know I think Emily believes her little smirk makes girls weak in the knees or something lol. 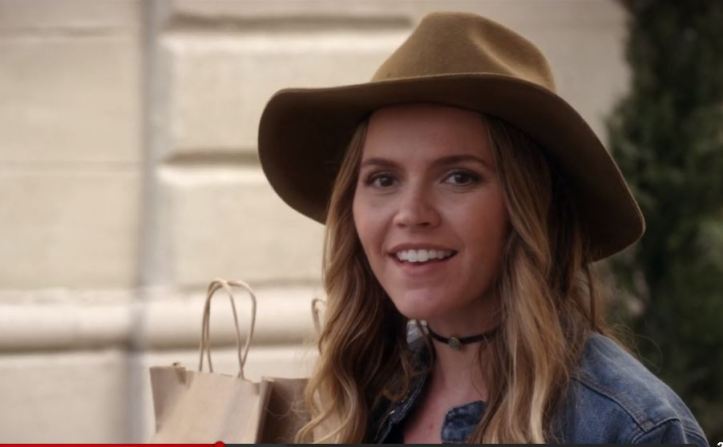 At the DeLaurentis house Alison is tearing up the room looking for her money or something like information on where Elliot has put it away.  She is interrupted by Mary who is all concern and kindness. Yes I think she is stone cold crazy woman.  Alison insists she can’t sleep in that room before she storms out.

Spencer goes to see Toby at the station and verifies that Caleb is hanging out with him while he does some thinking.  Toby claims Caleb as his brother/friend, so cute.  Detective Marco Fury walks in to Toby’s office and Spencer has to pretend to not know him since it would be more than inappropriate and extra awkward with Toby.

Over at the so named Burner apartment, Emily and Aria have a chance to go inside thanks to Aria giving the manager twelve dollars and her fake phone number which is a Chinese restaurant.  For some odd reason they decide to pull down the murphy bed, though how they know the name I will wonder about for this episode seeing as neither of them would have reason to know.  So the idea of them pulling down a dirty old bed in this dirty apartment makes no sense, no more than a fake head falling out of it and pictures of the dead policeman being on the wall.  All very None Sensical.  😦

I believe they needed a lot of super glue and paper scissors to but this odd collection of facts together to make a final episode.

In a filler scene, we see Jenna meet up with Sarah Harvey for the first time.  They share a “Sour Girl” drink, whatever that means. Perhaps is a play on words since they are both a bit sour now.

Between other scenes we find Emily and Aria touching all sorts of unmentionables at Archie’s house, digging in this furniture and down his drain LOL. They find passports, money, secret reading material.  Yikes he isn’t messy like they thought he is hiding his evidence.  Toby shows up and can only shake his head as he gets them out of there before Fury arrives.

Not sure exactly what was said while Mary talks to Alison, it suddenly became noisy where I am writing I listened twice but never quite got it.  I know its about some song Alison’s mother used to sing as kids with Mary, about a bird and trusting people.

Alison gets a call from Fury to come see him about Archer.  She finds out the trail the fake information from the girls has been changed by someone else.  Fury seems to believe that Archer is on the run and that he had targeted Alison for her money. Alison looks sick not because of what Fury has seed but because the plan is unraveling.

At the Brew, Emily asks Sparkle out again, wait Serena, Sabrina?  I still can’t remember her name.  Either way Emily is grabbing some coffee at the counter and notices Sarah with Jenna.  Sarah smiles, which to me indicates she is working for the girls just baiting Jenna but not sure if that really comes out in the wash.  They stop and say hello to her before leaving, Jenna has to let to make Emily aware  that she knows she is going back to school or aka Jenna is watching no matter what she has got her good eye on them. 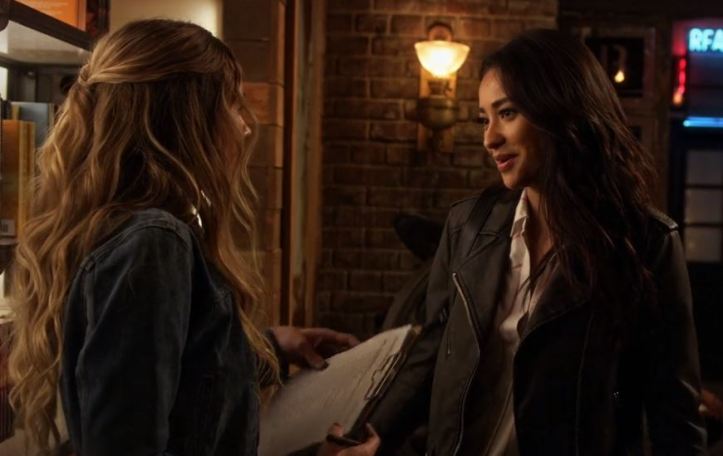 Its getting near the end of the episode and they are spinning their wheels.  Hanna’s is freaking out that the trail for Archer they created has been infiltrated.  Aria has to run off to meet Ezra.  Alison thinks its her fault for baiting Jenna earlier that things might be falling apart.  Em seems the most calm.

We get a last scene of Spencer missing Caleb at the location they are sharing, not sure a hotel/someone’s house or her house?

Then we see a fire hazard at Ezra’s apartment as he has lit all the candles in a five mile radius to ask Aria to marry him with.  She doesn’t look very excited about it but we know she feels guilty after picking up that call from Nicole that he doesn’t know about yet. She does not reply.

At the Radley Noelle Con, joins Sarah and Jenna for a drink, I can only imagine what this unholy alliance is all about.

Wow what an interesting ride and at the end we have Noel returned. 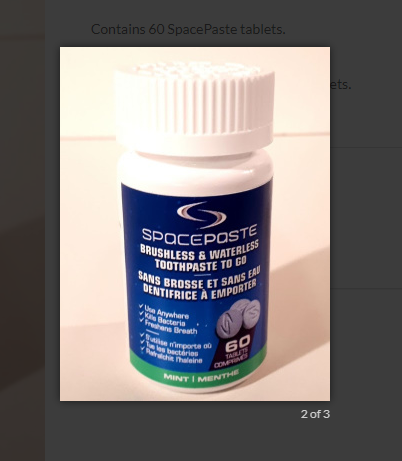